Be careful what you think… 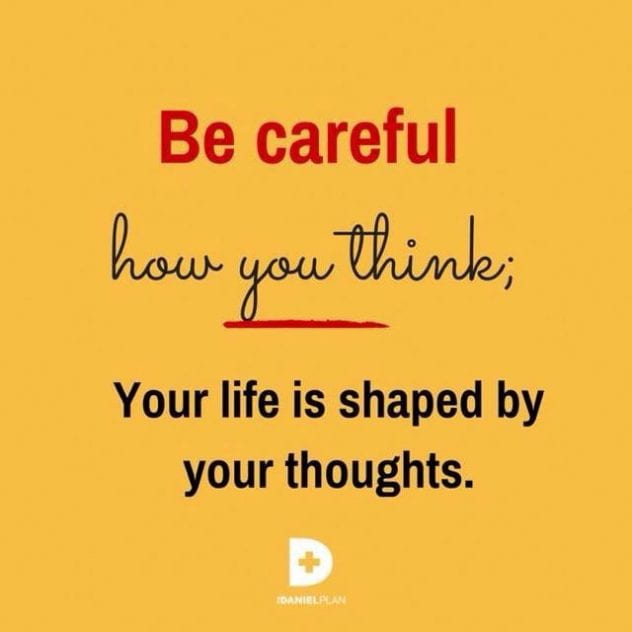 This is probably one of my favorite quotes 🙂   And if you’ve been in my office, you’ve probably seen it on my wall, and you’ve likely heard me say it to you.  It’s ancient…but it also incredibly current.  Our thoughts create feelings which create behaviors, which just reinforce thinking patterns.  It’s a cycle that can be controlled best when we control our thoughts.

Example:  Let’s say I tried to draw a picture but it didn’t turn out how I had hoped.  Thought: I suck at drawing.  Feeling: disappointment, discouragement.  Behavior: putting down my pencil and walking away.  So the next time I think of drawing, I’ll remember that feeling and likely choose not to try again.  Let’s change the thinking. Thought: I’d better keep practicing.  Feeling: determined, hopeful. Behavior: keep at it until it looks better. Now, the next time I think of drawing, I’ll likely remember that with practice it’ll get better and I’ll be more likely to keep trying, and I’ll feel more positive as well.

Counselors sometimes call those negative thoughts, “thought distortions”. Kind of looking in a trick mirror and seeing a picture of yourself that’s not real. It is very important to choose kind words not just for others, but ourselves as well.  We become what we tell ourselves we are.  I would like to encourage you to think positively!  With practice you can change the habit of being hard on yourself, and become a more positive person. 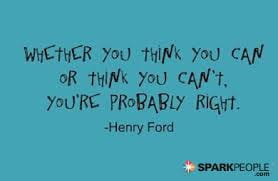